This is your default message which you can use to announce a sale or discount.
Get started
Skip to content
February 28, 2022August 12, 2022

Not sure how an NDA, also known as a confidentiality agreement, could impact your company? Consider this: if NDAs and secrecy were not in place, nearly nothing would be done.

Businesses couldn’t rely on one another. Everyone’s customer lists and sales operations would be accessible to everyone. Employers would continually be concerned that their staff will sell trade secrets to competitors.

But there is some good news. Your company’s secrets can be readily protected, and drafting an NDA is nearly always easier than attorneys make it out to be. In 9 out of 10 occasions, all you have to do is modify a few words and you’re ready to go. In this piece, we want to assist you in doing so.

More About the NDA and What Type You Should Use

An NDA or “nondisclosure agreement,” is a legal contract between two or more parties that specifies what information you or the other party must keep private. Startups and organizations utilize NDAs to protect themselves in the event that anyone tries to reveal secret information about the company. They aid in the protection of your company’s trade secrets and other information. It prevents things such as your business plan or client contact list, from being disclosed to the public or rivals.

There’s a couple main types of NDAs – unilateral and bilateral. Unilateral means one party is obligated to keep certain info of another party confidential. Bilateral agreements mean that each party will each other’s information confidential. Here are some examples:

How to Write an NDA

First, ensure that you design a template based on what your company needs. We’ll focus on “unilateral NDAs” because they’re the most prevalent. Each provision in the agreement will be discussed in detail below.

You must clarify what information you are calling “confidential” in your NDA. Imagine an employer telling you, “Everything I say to you in the next two years is secret.” You’re preparing to resign a year later, and your boss informs you it’s going to rain tomorrow. Your boss discovers that later that night, you informed a common buddy that it was going to rain the next day. Did you reveal any sensitive information? Certainly not!

That wide of a confidentiality agreement would never be upheld by a court. However, if the definition is too narrow, you risk mistakenly disclosing sensitive information, which the receiving party (the “receiving the information”) will be free to share with everyone.

You’ll notice that such documentation – and all NDAs – need you to specify the NDA’s “purpose.” “To develop a prototype product for the disclosing party,” for example, or “to examine the possible commercial connection between the two parties,” for example. The purpose is significant because it specifies how the sensitive information will be used by the receiver.

For example, let’s say you want to hire a developer to help you build your website. You share with him your business plans so he has a better idea of the type of website to build. You’d want to narrow the purpose in that scenario to be in connection with the “development of. . .” and then describe the specific parts of the website the developer will be developing.

Without the restriction of that purpose, the developer might use the confidential information to create a separate company.

You’re handing your information to the “Recipient,” but what if the “Recipient” is a business? What if the recipient has to consult his lawyer about something? These kinds of difficulties are handled under your NDA’s “Limited Access” clause.

In most circumstances, the template’s wording is enough. But, in general, consider who needs to know the material and restrict its dissemination to those individuals. Regardless of who the receiver exposes the material to, the recipient must ensure that that person signs an NDA consenting to the same conditions as the recipient.

NDA might be for a single transaction that lasts a few days, or it could be for an endless period of time. The duration of the agreement is determined by the time span that encompasses the expected partnership. An NDA frequently lasts longer than the transaction or connection in question, especially for as long as the trade secret is kept hidden.

You probably want to include a provision that specifically states that the trade secret must remain protected. That has to stand even after a business relationship or other contractual agreement has ended. If you have no clue what to put here, know that the average time period is between one to five years. And remember that the time period needs to last as long as you need the information to remain confidential.

This provision is great because it ensures you’ll get your information back once the NDA term is complete. It made a lot more sense before when everything was in paper form. But you can use this provision to tell the recipient to delete any confidential information disclosed once the term ends.

This section of the NDA indicates what country’s contract law will apply to your NDA. In almost every case, people use their home country here. Similarly for “jurisdiction,” that just means what court will be responsible for handling the case if there is a dispute over the NDA. Most people choose their home country for that as well.

Someone Breached My NDA

If someone violates your NDA, you can sue them for breach of contract. This implies you have the right to sue them for any damages you suffered as a result of their violation. Sometimes all you want is for them to cease utilizing or disclosing the information. In such situation, you’ll seek injunctive action to prevent them from breaking the contract again. 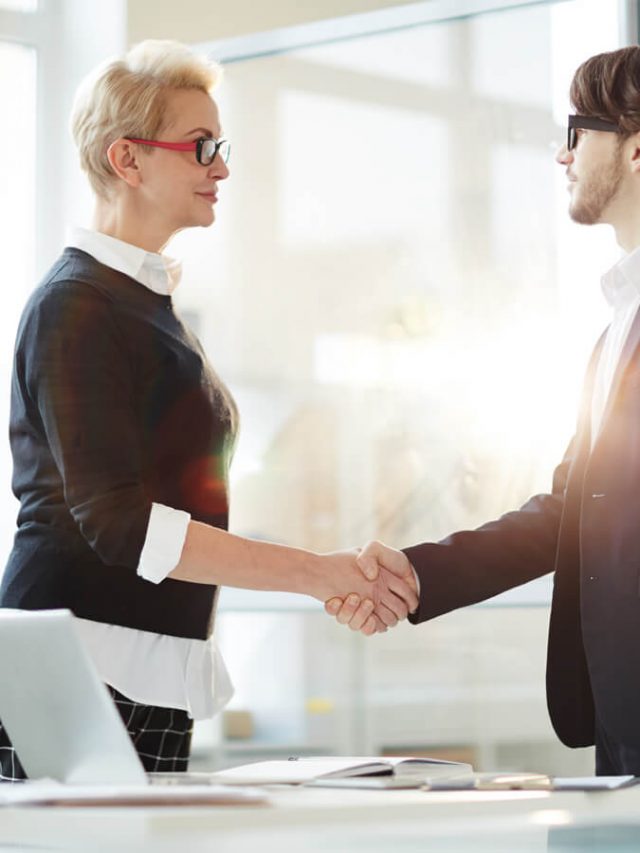 How Can an Online Negotiation Platform Scale Your Business?
By Domen Pavcic
On Apr 5, 2022 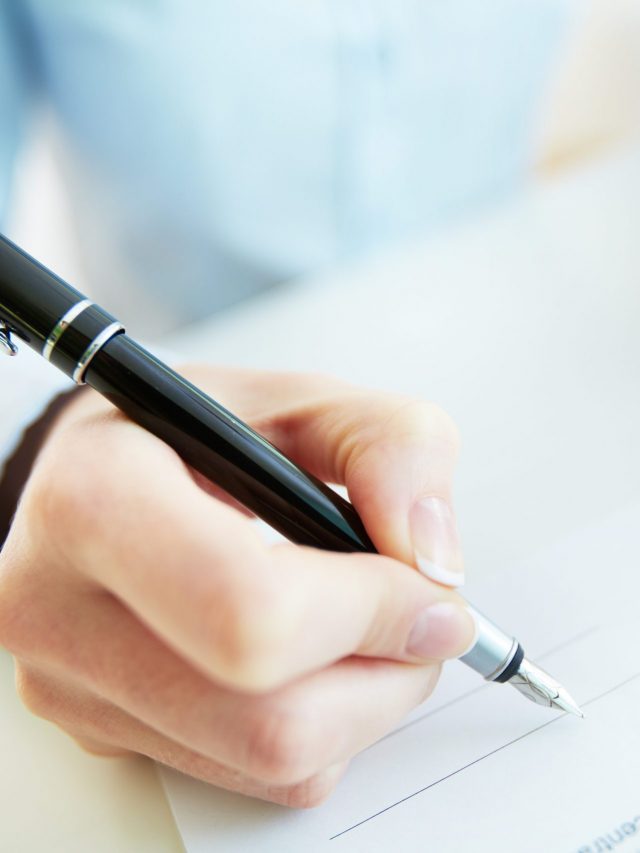 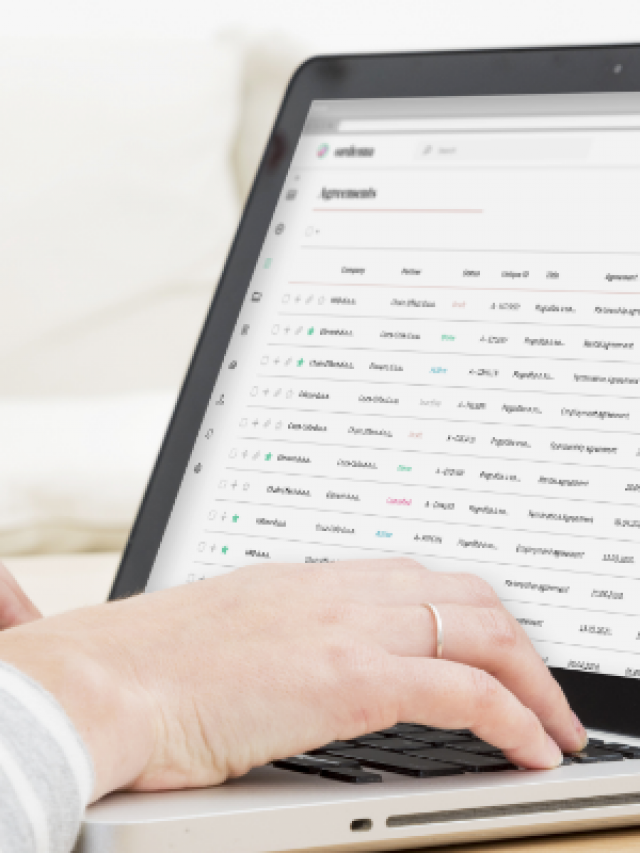 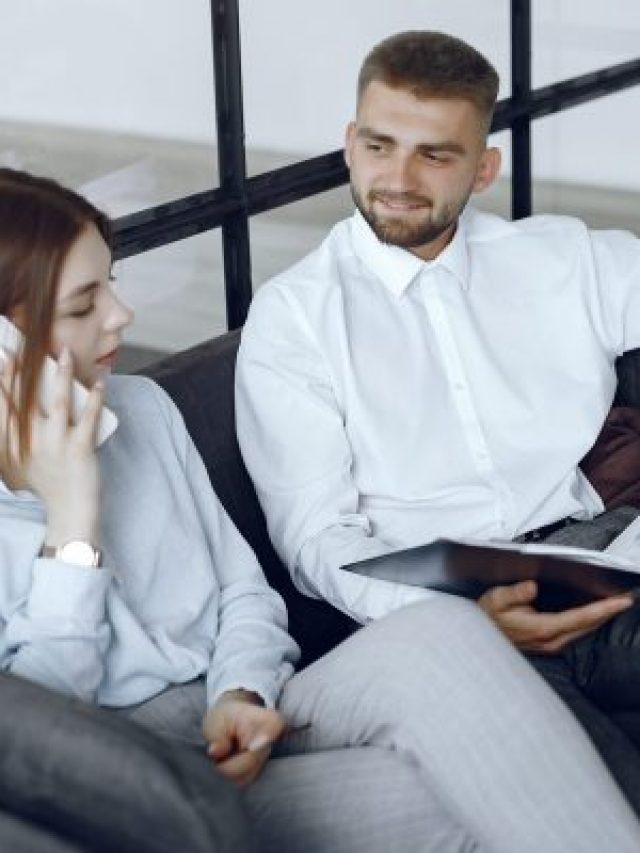 What Is Contract Renewal? Tips And Best Practices
By Domen Pavcic
On Apr 24, 2022 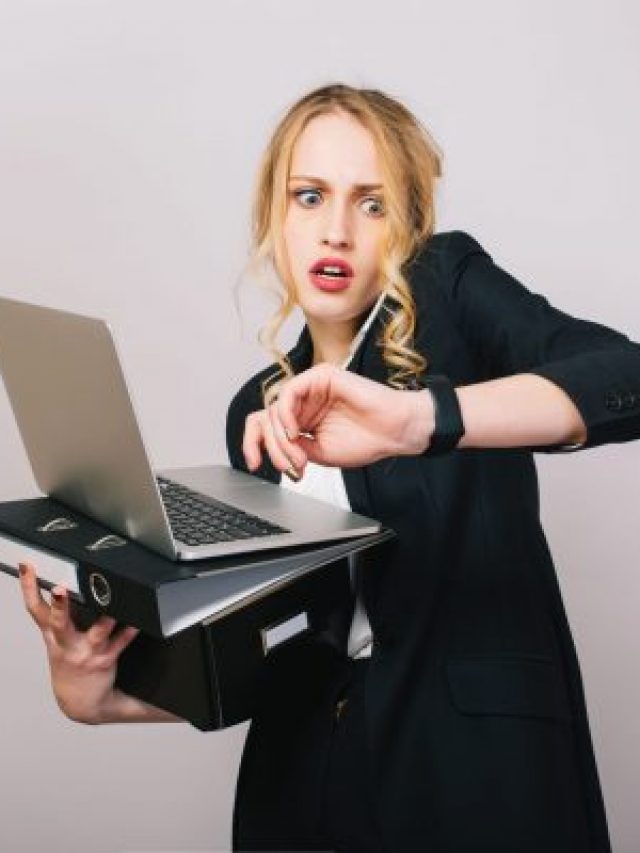 How A Contract Management System Can Help You Save Money
By Domen Pavcic
On Apr 24, 2022 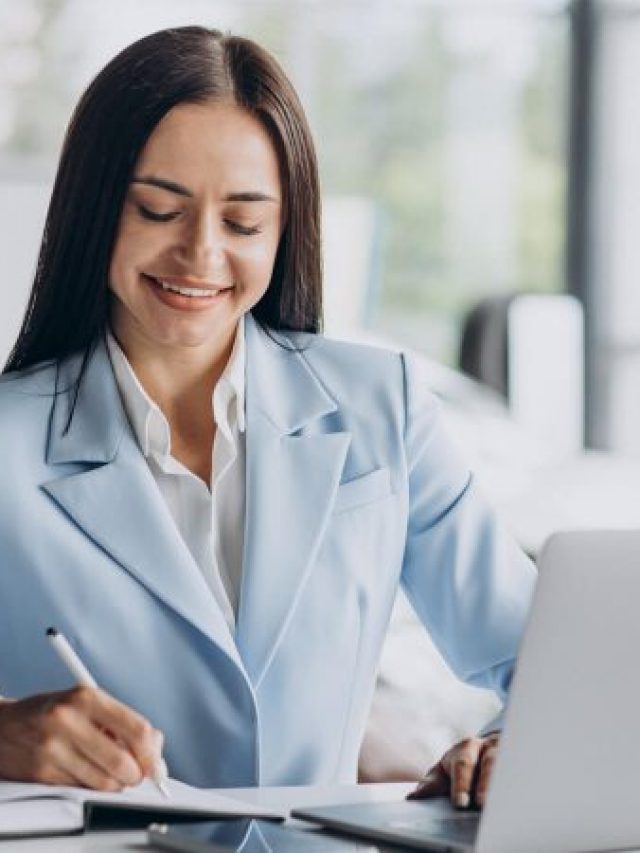 Why does Ordema make tracking contracts easier?
By Domen Pavcic
On Apr 24, 2022 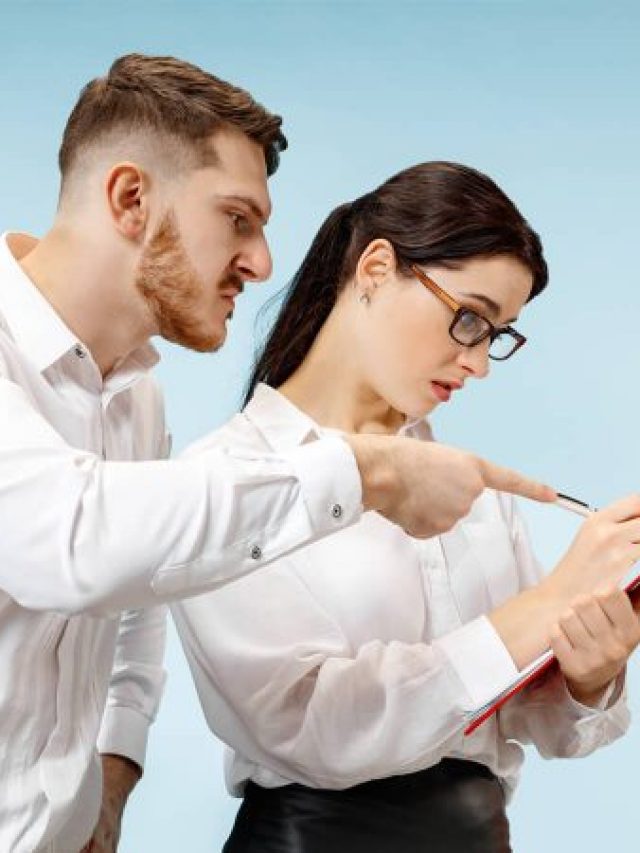 What Is An E Contract And Why Is It Better Than A Traditional Contract?
By Domen Pavcic
On Apr 25, 2022 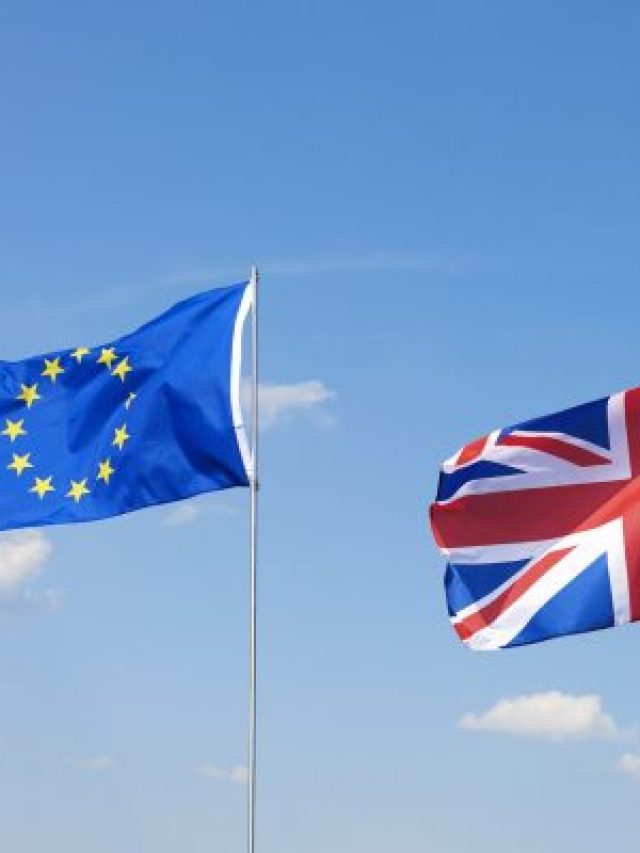 UK’s Own Set Of Standard Contractual Clauses Comes Into Effect
By Domen Pavcic
On Apr 25, 2022 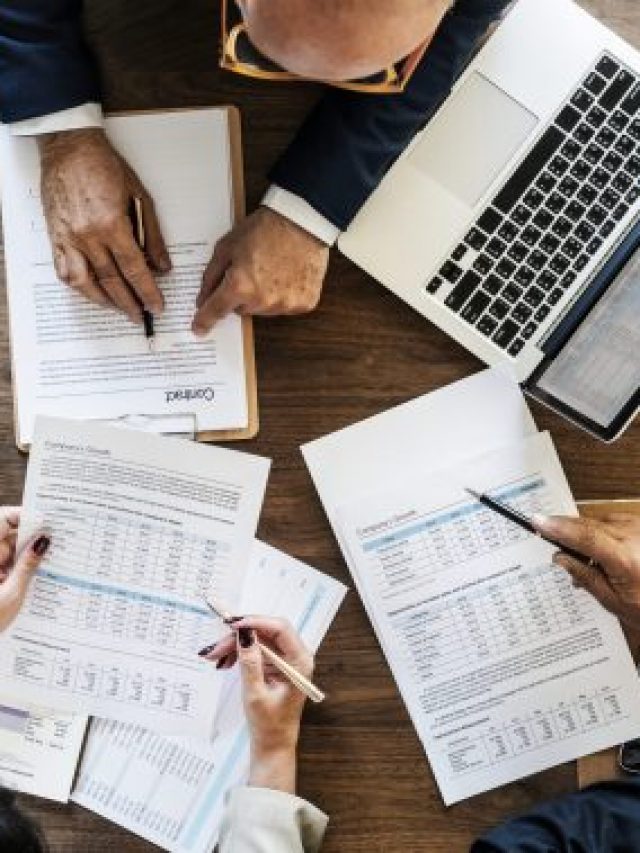 Contract Amendment VS Addendum. What Are The Differences?
By Domen Pavcic
On Apr 25, 2022 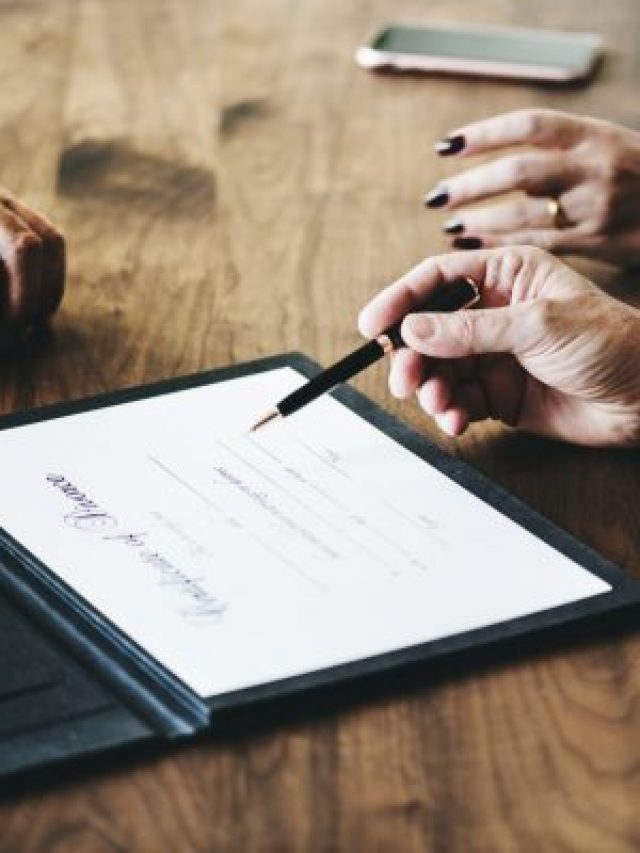 YOU need digital contract management!
By Domen Pavcic
On Apr 25, 2022 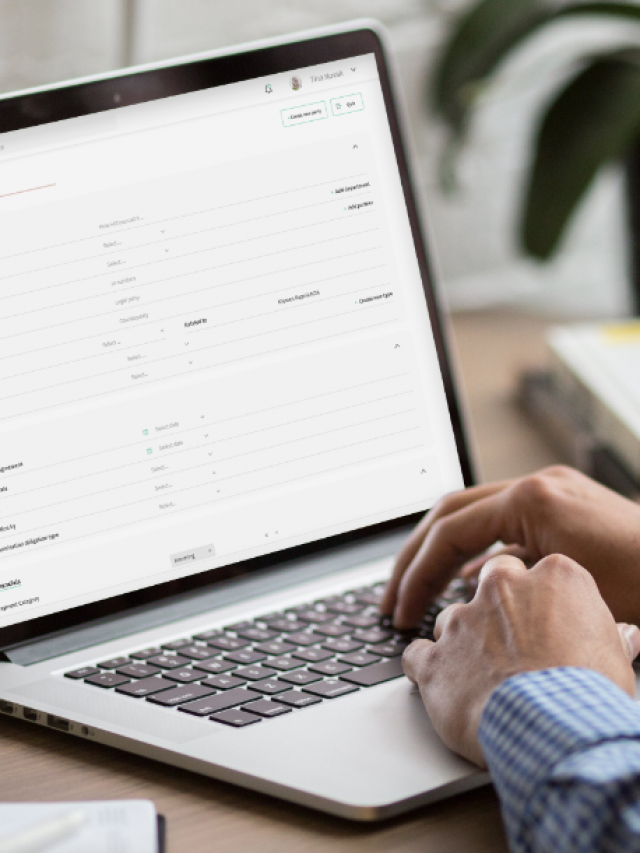 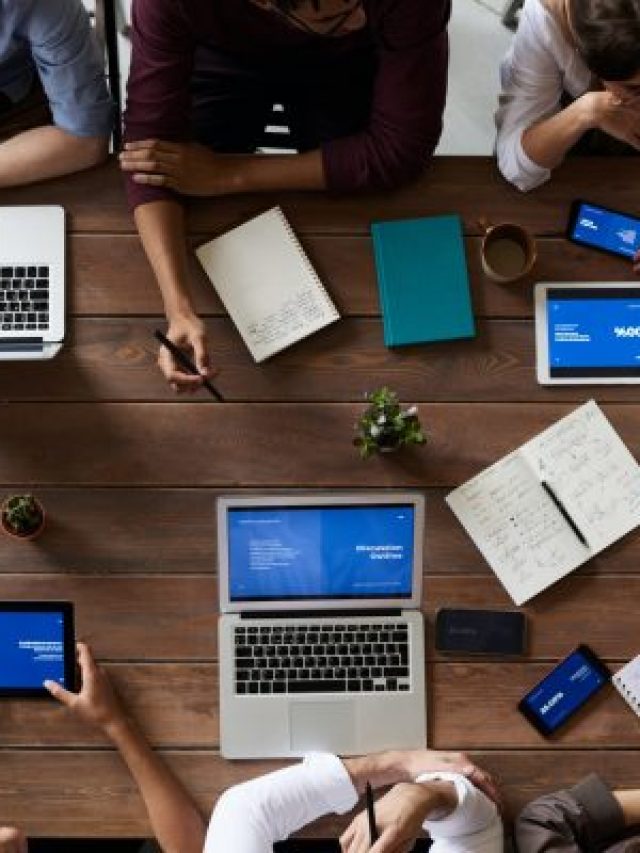 Read more of our articles:

We use cookies to personalise content and ads, to provide social media features and to analyse our traffic. We also share information about your use of our site with our social media, advertising and analytics partners who may combine it with other information that you’ve provided to them or that they’ve collected from your use of their services.
Cookie PolicyDecline AllAllow All
Manage consent

This website uses cookies to improve your experience while you navigate through the website. Out of these, the cookies that are categorized as necessary are stored on your browser as they are essential for the working of basic functionalities of the website. We also use third-party cookies that help us analyze and understand how you use this website. These cookies will be stored in your browser only with your consent. You also have the option to opt-out of these cookies. But opting out of some of these cookies may affect your browsing experience.
Necessary Always Enabled
Necessary cookies are absolutely essential for the website to function properly. These cookies ensure basic functionalities and security features of the website, anonymously.
Functional
Functional cookies help to perform certain functionalities like sharing the content of the website on social media platforms, collect feedbacks, and other third-party features.
Performance
Performance cookies are used to understand and analyze the key performance indexes of the website which helps in delivering a better user experience for the visitors.
Analytics
Analytical cookies are used to understand how visitors interact with the website. These cookies help provide information on metrics the number of visitors, bounce rate, traffic source, etc.
Advertisement
Advertisement cookies are used to provide visitors with relevant ads and marketing campaigns. These cookies track visitors across websites and collect information to provide customized ads.
Others
Other uncategorized cookies are those that are being analyzed and have not been classified into a category as yet.
SAVE & ACCEPT